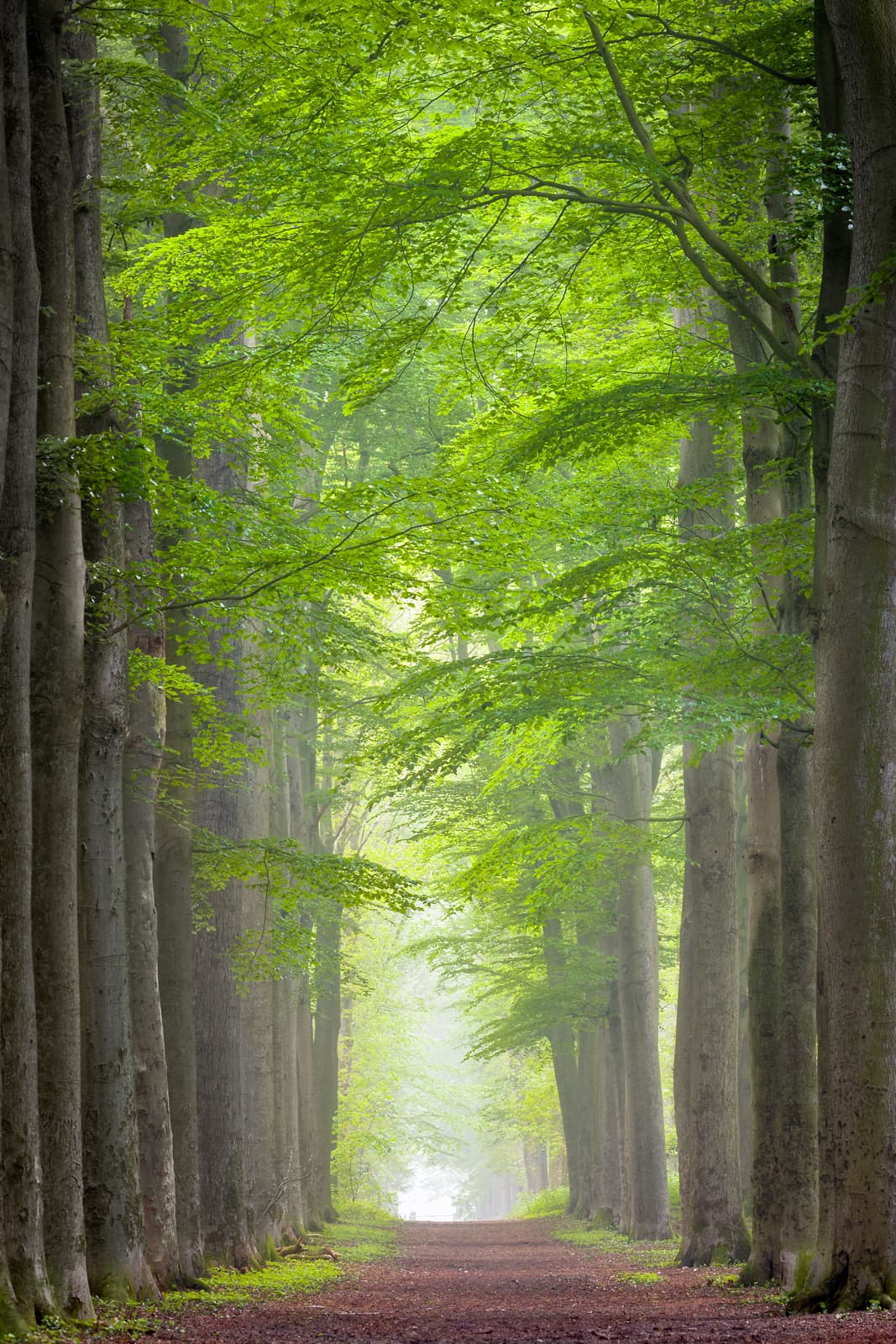 Woke up early to capture this scene. It is a small forest path not far from my home which I have captured before. The goal is to get the four seasons of this same path.

When I saw that fog was predicted, I knew this would be the conditions for my Spring shot. I wanted to capture the fresh green leaves with the fog.

When I arrived at the forest at 6.00 am in the morning there was too much fog. I walked around the forest a bit waiting for it to lift a little bit.

I really like how the animals are busy in the morning and not too much aware of humans being there too. I even bumped into a deer who was having breakfast.

After trying some other photographs I returned and the fog was lifted enough to take this shot.

It was nice to start the day in the forest.