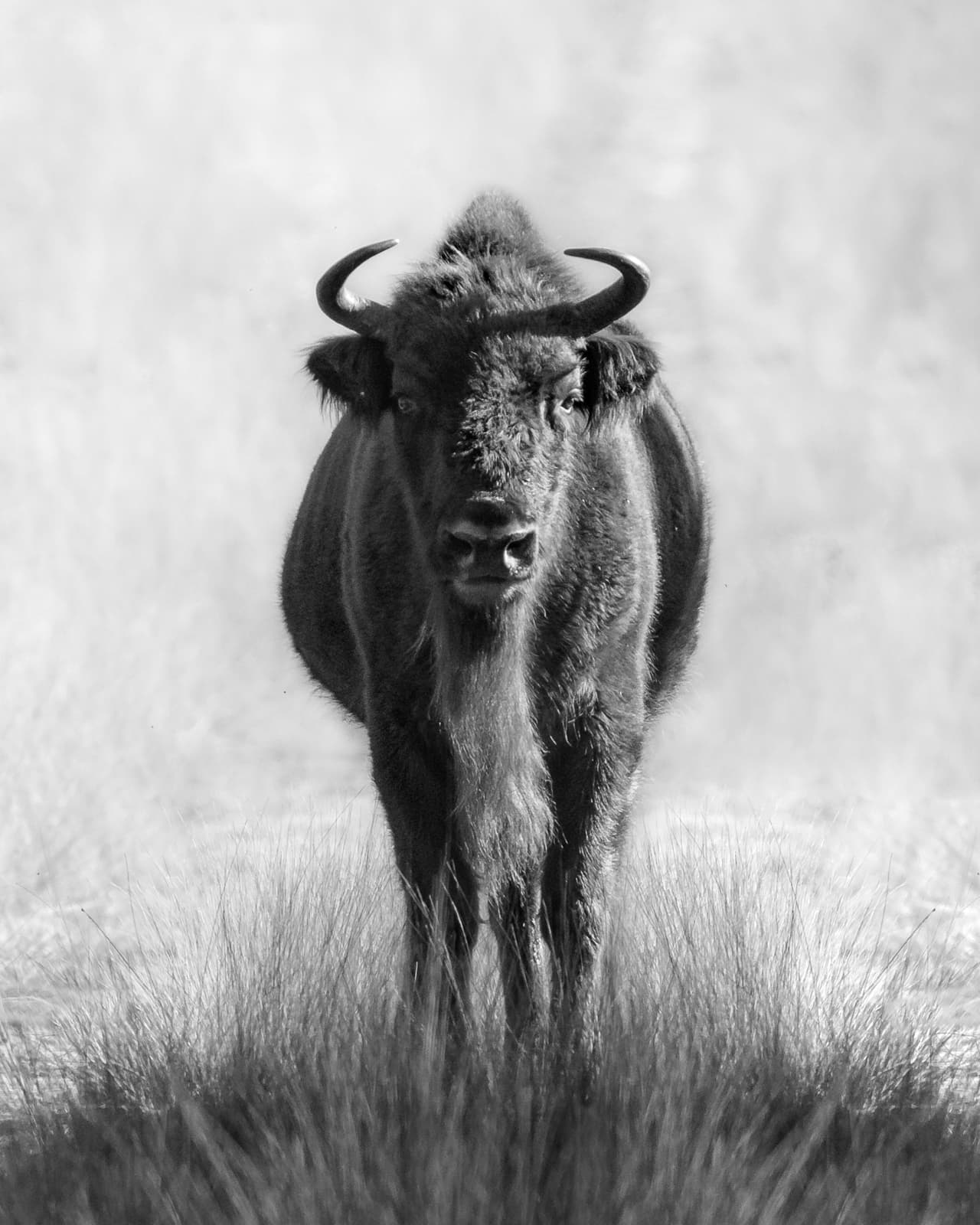 I'm a fan of bisons, so I went on an excursion to see the European bison at the Veluwe National Park here in the Netherlands.

These animals only live in a few protected areas in the Netherlands and the Veluwe is one of them. They were almost extinct and currently labeled as 'near threatened'. Together with the American bison, they are the only two extant species of bison left.

I've learned and experienced that the European bison is living more in the forest than the American bison, they like to graze on open plains. This made it harder to photograph them.